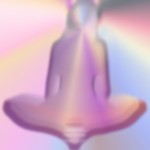 A child once asked me what the soul was, I suppose having heard it repeatedly mentioned at church, school and in the odd pop song. I described it as the driver of a car which was the body. This fails for a number of reasons. Firstly it ignored the issue of what a driver’s soul would be. Secondly it didn’t account for what the soul was doing that a perfectly good brain couldn’t cope with. Thirdly, perhaps most importantly, was the issue of authority. I was simply repeating what I had been told but was presenting it as truth to a young enquiring mind; a mind that may have gone on to tease apart the mystery of consciousness with an untried approach – possibly.

There are some common ideas of what a soul might be. It’s not brain as that’s hardware. I don’t think it’s the same as mind either; I get the impression a mind is seen as hardware dependent, like the story where the brain is the book. As it persists after the body perishes it can’t be dependent on the physical body at all. But although it influences the physical self it avoids detection, which is a bit odd – like a torch that lights up objects but is invisible itself.

There are differing specifics on offer. Does it collect sin getting grubbier until cleansed with Grace-O the wonder holifier? On physical death, does it migrate to complete another human body or to any animal depending on earned merit or coalesce with a universal consciousness or even meet up with the souls of those gone before in a wonderful place, giving praise to their manufacturer for ever (and ever)?

The fact that there are competing models itself doesn’t mean they’re all wrong. But there are no tests available to decide the competition, neither on a cohort of souls nor on the methods by which the models were arrived at. So to say one tradition has the model right is like saying one person knew the winning lottery numbers in advance as they did indeed win but with the added complication of never being able to hold the draw.

Not that’s enough to scientifically discount the possibility of a soul, that method can’t judge on what can’t be tested but it can say that in that regard it is equivalent to any other untestable notion, for example, the claim that at the centre of every life sustaining planet there is a unique and breathtakingly beautiful gemstone that generates the force for that planet’s life and influences its character – a claim invented this very moment.

Its persistence is down to the absence of possible tests and perhaps that success gets confused with persistence of, say, using language to communicate, which persists because it has worked for millennia and telepathy doesn’t.

The age of the idea of the soul gives it credibility, authenticity even. Some like to believe that those ancient peoples were closer to nature, so more spiritual and knew more about the mysteries of life. But there’s no evidence for that, so we can simply bundle it in with the whole soul model: if it were real, as intangible, the revelation of its existence is a part of its mystery; if not real, the establishment and persistence of the idea is as much a part of the study as the belief itself.

Why does belief in it persist?

Just as fiction relies on interaction between people; science fiction often relies on interaction between people form other worlds. Sadly, apart from the nine local planets (eight if you discount Pluto, nine if you include the Moon) and a few possible moons all other worlds are so far off. There being limited scope for interaction between human heros and the Supreme Slimemold of Europa, SF is left with the basic issue of bringing races together. So devices like warp drive, bloater drive, stargates, wormholes and hyperspace in general are accepted constructs. So useful and appealing that they appear in tales without explanation or query despite them being baloney. Besides in the untestable future who knows what engine will be devised.

Similarly the soul – so early is this idea inculcated and so widely and casually distributed that its existence is not up for question.

And so appealing too. No one wants to die and even we who rarely see a human corpse recognise there’s no hope of reanimation. So if we’re going to persist there needs to be an elemental aspect to our self that will survive physical demise.

And so useful to those in power, since it offers an organised religion a handle on a part of us they can claim privileged knowledge of, then ownership of and then control.

But the challenge remains: if not the soul, what gives us consciousness given that science hasn’t figured out how the brain does that trick yet?

Call it a soul if you like and I’ll agree with the definition: soul (n): an outcome of the brain that gives the sensation of consciousness by an undiscovered mechanism.