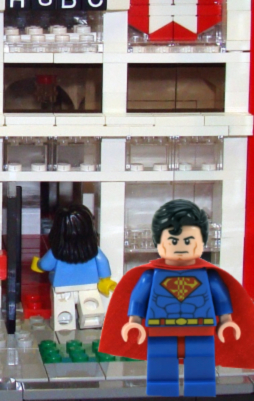 Credibility is an issue.

For every policy maker asserting grey is black there’s another instance of that species stating that, on the contrary, grey is in fact white. If you’re not predisposed to the arguments on one side it would be hard to pick one on the strength of evidence.

So claiming an established scientific model backs one position would seem to improve it’s standing. Evolution is such an established model in the face of millions who don’t really get science, let alone Wallace’ and Darwin’s model.

So let business fight it out – the fittest will survive. Fine for the six shoe shops on the high street that can support three comfortably; who cares which closes beyond those involved in the business?

Even utility services – if six electricity suppliers are competing for your money, are you happy to be one of those thousands of gauges for a year, paying over the odds for poor service for the one company that sinks or is forced to reorganise? Is that what humans are for?

Worse though, is the effectiveness of evolution in this environment. Survival of the fittest doesn’t require the survivors are fit per se – out of six awful companies the least awful may prosper. Also, effective predation is a requirement. I can’t imagine anyone describing Offgem or Offcom etc as a regular velociraptor. And it’s taken over a million years to leap to our current species from what we label as our ancestor species. It needn’t take this long in a wholly different environment of course and in a competition between six electricity providers over millions of instances of a species, general calculations don’t apply – each case would require its own case study.

And that’s the final, if not irony, certainly a close cousin. Politicians will claim they are not in the business of “picking winners” eg setting up one publically run body to manage electricity supply and so it’s best left to market forces. Isn’t it odd that they who are the outcome of millions of years of evolution think that that very force hasn’t equipped them with a brain able to set up such a public body, yet that force will deliver good public service when acting on private companies?

Is it not simply a gross abdication of responsibility with the opportunity of earning some bunce off the wheeling and dealing?